Today is the 71st day of the ongoing Russian war on the East and South of Ukraine. As you can see on the map, Russia has made little progress after losing The Battle of Kyiv.

Even though the current phase of the war (often called in the media The Battle of Donbas) is the heaviest, with hundreds dead and wounded every day from both sides, map-wise, the Ukrainian Armed Forces are holding firm, reequipping with western arms and making more and more offensive moves. Name Donbas is a geological term – short of Donets (river) Coal Basin that lays mainly under Donetsk and Luhansk regions. It’s not and never was a separate administrative unit.

The current war goes from 2014. Since our diplomacy was fragile back then, the world didn’t quite know what happened, continued its relationship with Russia, and didn’t manage its risks appropriately.

Now it’s different. It’s pretty black and white. Russia is the aggressor, and the threat goes way beyond Ukraine.

During the last eight years, Ukraine built a strong army and restarted our diplomatic relationship with the world. We are also winning the media war. As you might know, the current Ukrainian president, Zelensky, has a vast media background, and that’s pretty much how he became a president without any political experience. His strategy was straightforward – he created a TV show, Servant of the people (available on Netflix), where he would play a teacher that became a President. He sold this TV show to the most extensive TV network in Ukraine. Many Ukrainians watched it, fell in love, and elected Volodymyr Zelenskyy as president. Real one this time.

Here is a t-shirt he wore yesterday, May the 4th (Star Wars Day) – very symbolic. Another excellent example of winning media strategy. 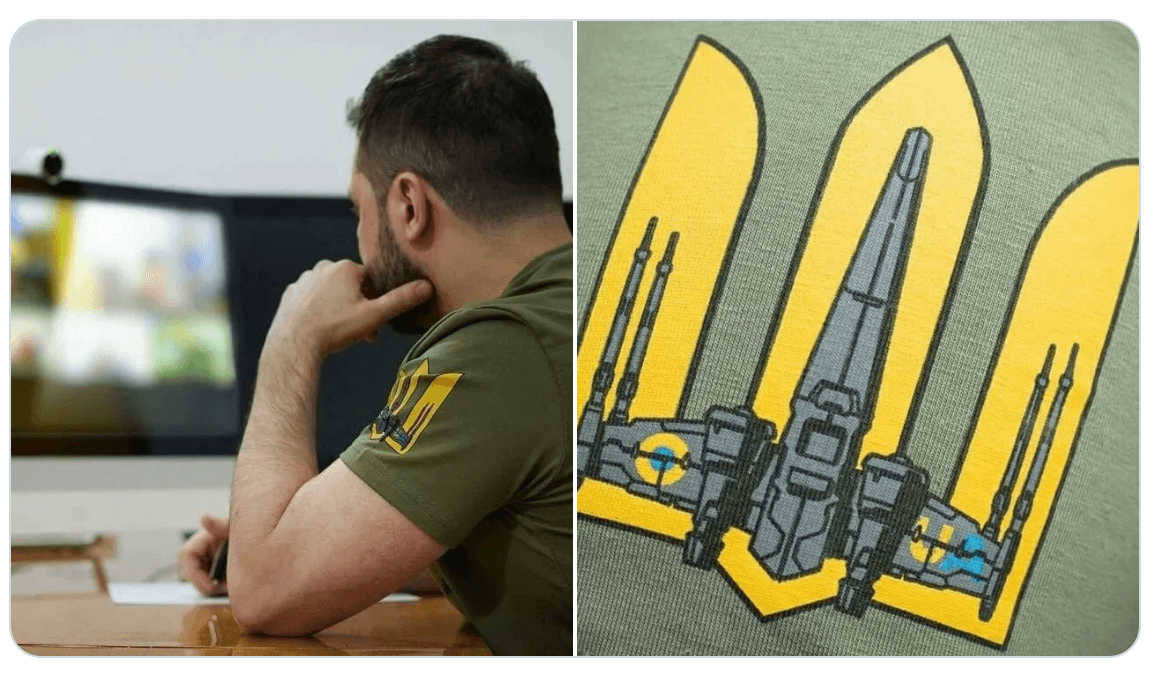 The army is essential, but without diplomacy and media presence, there would now be such massive military and financial support as it is now. No matter what events are happening globally, the media focuses on that maximum for a month and then switches to something else. Zelenskyy managed to keep our tragedy on the global front pages for two and a half months.

Another important aspect of this war is the massive volunteering movement inside and outside the country. Ukraine is like a giant beehive now. Everyone is doing something to help the resistance. It’s common to get a call from a school friend you didn’t see for 20 years who is now fighting on the frontline and needs a thermal imager, drone, truck, or a new sniper rifle scope for better performance of his unit. You will fundraise, buy it somewhere abroad, and get to the frontline within a few days. Billions of dollars are being distributed to the most critical needs fast and agile, funded by Ukrainians and foreigners across the globe. Some would say – but how about the army budget? Where does this money go? Well, it’s slow and mainly goes to significant and high-priority domains. The army will supply fast staff they bought last year or received from partners. They cannot quickly purchase something new and provide it to the frontline within days. It’s a war of attrition and time matters. Just look at the equipment losses from both sides. Numbers are staggering. Any army cannot replace it fast, but because of global support and volunteers, Ukraine is resupplying much quicker than Russia, which is another reason we will win this war.

We are in Lviv, and it’s more or less safe here. As I mentioned before, many families have sent wives and kids abroad. My wife and 5-months old daughter spent a month and a half in Prague and now returned home. Many families from western and central Ukraine are returning home too. It’s now clear that Russia cannot advance much more west, and the only threats are ballistic and cruise missiles they shoot all over the country, but it might last like that for a long time, and we have to learn to live every day life with this threat. Our air defense is getting better week after week, intercepting most of the missiles. Also, we have air raid sirens and mobile notifications in place.

We have around two sirens a day in Lviv to give you an idea of the intensity. Warning duration can last from 20 minutes to 3 hours. Usually, it’s around 1-1.5 hours. In most cases, the rocket is intercepted or hit somewhere in other regions. Maybe once in two weeks, there is a hit in the Lviv area – military bases and warehouses, jet repair facility, tank factory, railway infrastructure, oil depot. Two days ago, they hit three major power stations in Lviv to stop the flow of arms from the west via railways. Half of the city was without electricity. Emergency services quickly rerouted the power supply, and within two hours, everything was back up, including train movement. They shoot it from the Caspian Sea or the Black Sea, launching from jets. They used to shoot from mainland Russia, but most of their rockets are 30-50 years old, and many fall shortly after launching. Only a few civilian objects were hit by long-range missiles in Ukraine, probably by mistake or lousy quality rockets. One long-range missile costs around $1-6M. According to Ukrainian and US intel, Russia already used around 2000 of them, and they only have like 30% left. For the last weeks, they have actively used naval rockets (designed to hit ships) on land targets, which looks like they are running out of it.

All the heavy civilian destructions you see in the media are at the front line – less than 50km from Russia-controlled territories. They shell these areas with non-precision rockets and jets. Lviv is 700km (435 miles) from there.

Euristiq continues all our operations

All our clients stay with us. Some even increase the amount of work we do for them.

Apart from donating a big part of our salaries, Euristiq committed to contributing all 2022 profits to the resistance and rebuilding of the country. So by working with us, you directly support a good cause. Thank you for that!

New sales are a bit of a challenge, of course. When finding out we are from Ukraine, some leads are personally supportive but not willing to risk business-wise. However, there are cases when clients return to Ukraine after evaluating costs and ramp-up period in other regions and accepting the risk. There are plenty of senior-level software engineers in Ukraine without a job for different reasons. Some clients closed the team in Ukraine; many Ukrainian engineers that worked in big international companies with extensive Russian and Belarusian teams could no longer stand it and quit.

As I previously mentioned, the main threat we consider is military mobilization. It’s in place, but they quickly filled the required numbers because many volunteers with the army or fighting experience showed up at the enlistment offices in the first days of the war. The regular Ukrainian army is 300k people. During mobilization, it probably doubled (exact numbers are not exposed).

Euristiq is 80 people company, and no one has been called yet.

Since IT is one of the few big industries that continues working and mowing the economy forward, our Ukrainian Ministry of Digital Transformation does everything to make sure software engineers are among the last to be called.

We are experts in custom Cloud (AWS, Azure) and IoT web applications development. We know how to describe, estimate and deliver solutions on time and within budget. Our tech stack is .Net Core, Node.js, Java, Python and Angular.

If you or someone from your network need software development help, we are here for you. Intros are much appreciated, especially now. 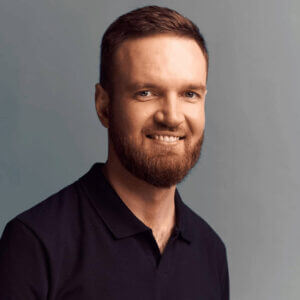 Ivan is an experienced IT professional with a proven 10+ years track record in the software engineering and digital transformation field. Through strategic foresight, drive, and determination, Ivan built a strong foundation for Euristiq. 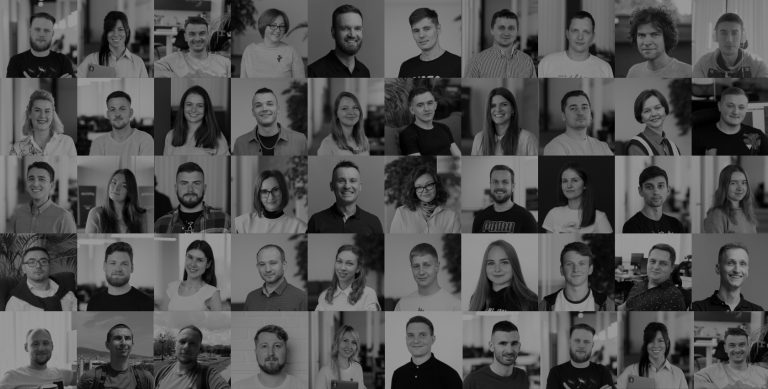 Proud to be Ukrainian Read more... 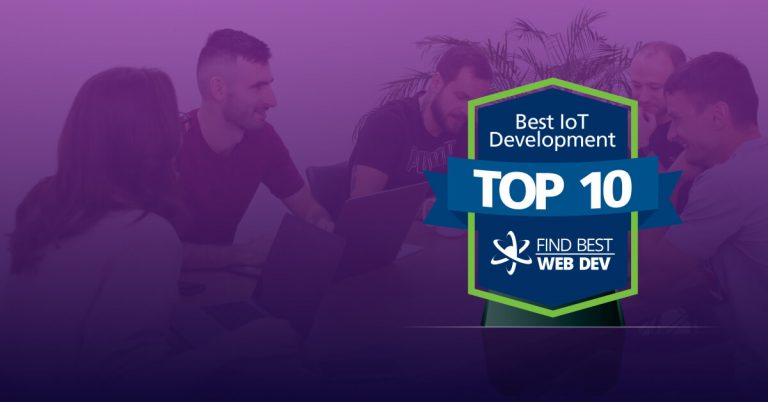 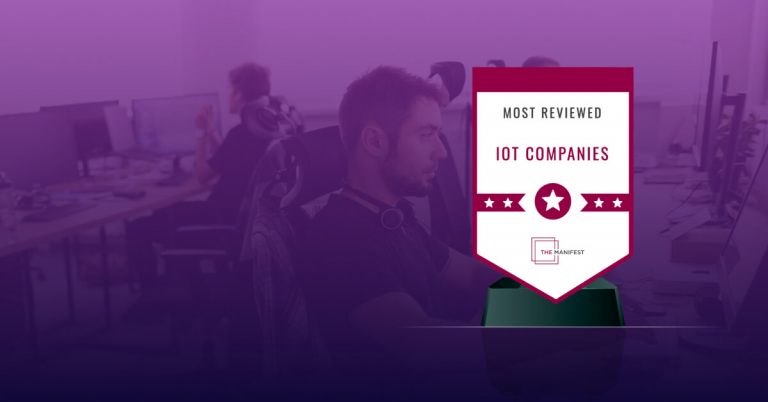 Euristiq Among the Most Reviewed IoT Companies in Ukraine 2021 Read more...
Get your free copy
Thank You!
Get your copy